How to say “Don’t Worry” in French

Courage to all those who have lost loved ones … never give up, always fight!
we never forget anything, you live with .. it’s so true! we move through the pain!
you fight for those you love, whether in heaven or still alive! NEVER GIVE UP

AaRON (Artificial Animals Riding On Neverland) is a French pop rock musical duo, consisting of
Simon Buret and Olivier Coursier. Their debut albumArtificial Animals Riding on Neverland was released
in 2007 and made them popular in France and Europe. Their first tour of Europe was carried out in 2007
between March 14 and November 28, including dates in Spain, Switzerland, Belgium, Austria, Luxembourg.
The second album, Birds in the Storm, was released in May, 2010.

Robert Nesta “Bob” Marley OM (6 February 1945 – 11 May 1981) was a Jamaican reggae singer-songwriter,
musician, and guitarist who achieved international fame and acclaim.  Starting out in 1963 with the group
the Wailers, he forged a distinctive songwriting and vocal style that would later resonate with audiences worldwide. The Wailers would go on to release some of the earliest reggae records with producer Lee Scratch Perry.  After the Wailers disbanded in 1974, Marley pursued a solo career which culminated in the release
of the album Exodus in 1977 which established his worldwide reputation and produced his status as one of the world’s best-selling artists of all time, with sales of more than 75 million records.  He was a committed Rastafari who infused his music with a sense of spirituality. 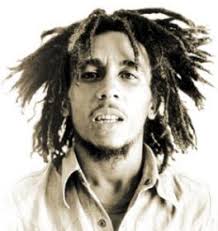